About RECOWA CERAO, History and events

RECOWA is the acronym for the Regional Episcopal Conference of West Africa.

RECOWA is an acronym for Regional Episcopal Conference of West Africa, while CERAO is the French and Portuguese acronym for Conference Episcopale Regionale de l’Afrique de l’Ouest/ Conferencia Episcopal Regional da Africa Ocidental. All of these are meaning the same thing in different languages.

Earlier on, all the Bishops of West Africa had two different organs of collegiality based on linguistic differences. They were: Conférence Episcopale Régionale de l’Afrique de l’Ouest (CERAO established in 1963) and the Association of Episcopal Conferences of Anglophone West Africa (AECAWA established in 1977).

Over time, the bishops of the two zones began postulating the need for a united West African nation on ecclesiastical parlance since we also have ECOWAS on the civil side of the divide. As the postulation continued evolving gradually, the entire Bishops of the West African region got convinced unanimously of the necessity of greater regional integration and organic pastoral solidarity transcending the linguistic and historical differences (see Ecclesia in Africa, no. 5). At this point, the Bishops decided to have one Regional Association of Episcopal Conference of West Africa embracing the francophone, anglophone and lusophone countries of West Africa to be established according to the norms of Canon Law by the supreme Authority of the Church. With the eventual establishment of this Regional Episcopal Conference, both AECAWA and CERAO ceased to exist and operate as separate juridical entities. It is important to note that the existence and authority of the various National and Inter-territorial Episcopal Conferences are not however affected

The historical circumstances that gradually initiated the idea of ​​the union of AECAWA and CERAO have been numerous since the 1970s. But if we look for a documented historical starting point, we must stop at the first formal meeting on 1st July 1997 at the headquarters of the SECAM General Secretariat in Accra, Ghana. Already in the years before, both Conferences were invited to their respective Plenary Assemblies.

However, earlier in 1996, our eminent forebears recognized the need for the Church in West Africa to transcend linguistic barriers inherited from colonization in order to speak with one voice on State and Church matters. They recognized the need to come together as a people, join forces, and put resources together for a consolidated pastoral program in the West African Region. Against this background, they began a process to form one single Episcopal Association that will bring all bishops of West Africa on one platform. Through concerted efforts of great sons of West Africa like His Eminence Peter Cardinal Turkson, the light was shone and the efforts began bearing fruits.

In 2007, a meeting was organized in Abuja, Nigeria. In this meeting, the Bishops took a firm decision to form the Regional Episcopal Conference of West Africa (RECOWA which is translated into French as, Conference Episcopale Regionale de l’Afrique de l’Ouest (CERAO).

With this new arrangement which transcends the linguistic barriers imposed by English, French, and Portuguese, the Catholic Church has automatically become more and more a center of integration for West Africa.  This is the vision and/or dream of the founding fathers of RECOWA-CERAO.

Every three years there is a RECOWA-CERAO Plenary which brings together all Cardinals, Archbishops, and Bishops of the Catholic Church in West Africa to deliberate on matters relevant to both the Church and the West African sub-region. However, after the 2007 meeting in Abuja, this union was officially declared. This date marks the beginning of what we have today as the Regional Episcopal Conference of West Africa (RECOWA) in English and Conférence Episcopale Régionale de l’Afrique de l’Ouest abbreviated (CERAO) for the Francophone. This name emanated from the already repressed Association of the Episcopal Conferences of Anglophone West Africa (AECAWA) and Conférences Episcopales Régionale de l’Afrique de l’Ouest Francophone (CERAO).

HISTORICAL FACTS OF THE RECOWA-CERAO UNION

No comments to show. 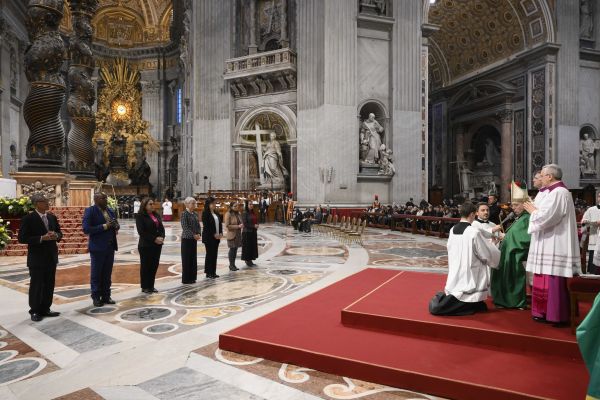 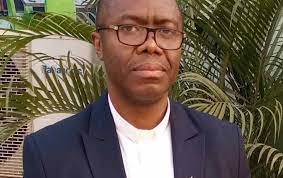